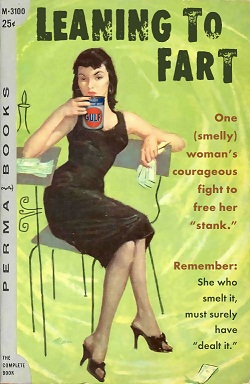 A friend asked me to attend a Court of Honor a few days ago. I didn't know the soon-to-be Eagle Scout but  since this good friend wanted me to go, I went. Not a big deal, right? Just an hour of my life. I really wasn't expecting the mental assault I received.

Just walking into the church building was rough. It's been awhile since I've darkened any church doorway and I thought maybe the walls would fall down. But it was a fairly new building so the foundation stayed solid. I did notice that the familiar race-track floor plan had been modified somewhat and no longer did the hallway make a complete loop around. (I'm not sure why that even caught my attention but felt sorry for those poor children who could no longer run laps during sacrament meeting,)

We crept into the back of the cultural hall and found seats. The meeting had already started and the smell of the polished wooden floor and folding chairs filled my nose. Familiar yet unsettling. The passing out of earned awards was in full swing, the balding scout master running the show. It took far too long to get to the part of the meeting we'd come for. Meanwhile I watched the woman sitting in front of me. She had a short, serviceable haircut and cardigan and was wrestling four very small boys, bringing out her "quiet bag" with it's laminated folders of activities that she'd made in homemaking or some other wholesome meeting. I felt exhausted and heavy just watching her struggle to keep them somewhat quiet. Her husband went to sit in the "eagle's nest", taking one child and leaving his wife with the other three. How kind of him to take the baby, the most well-behaved of all.

Finally a guy in a shockingly hip, light gray double-breasted suit got the court of honor going. (No dark polyester there!) He talked about how wonderful eagle scouts were. How everyone wanted them. The military, employers, just everyone! They were elite and rare. Only five percent of scouts attained the rank of eagle and that made them better than anyone else.

From the time I had driven into the parking lot my stomach had been wobbly and sick. The tension in my body continued to build as the night went on I was assaulted by tension and bitterness which built to excessive proportions. My muscles tensed to jump up and I longed to yell, "I know three eagle scouts who would not be welcome in this room and would not be allowed to ever serve in the scouting program! Three of these elite young men that could never have become eagle scouts if their sexual orientation had been known. Three good men who have been thrown aside because of the bigotry and hypocrisy of close-minded leadership and the sheep who mindlessly follow along! Fuck you and your damn scouts!"

Of course, it wasn't the time or place and I bit my tongue and felt the urge wash through me and out again. I felt physical ill and beaten. This was not a healthy place for me. As soon as possible we slipped through the double doors, passing the mother holding one of her restless sons, and escaped into the fresh evening air.

I wonder about that young mother and what the future holds for her and her family. Having four boys makes the odds of having a gay son much higher, doesn't it? If that happens to her, I hope she embraces the chance to have a most unique and wonderful son. I happen to think they are far better than any old eagle scout.
Happily farted by Just Zena at 4:48 PM 4 comments:

A nasty virus has taken hold in our house, turning into bronchitis in one daughter and pneumonia in the other The rest of us suffer from seasonal allergies, including the dog. I have to admit that watching a crazy, naked poodle let out a series of delicate sneezes after taking a whiz in the backyard makes my day.

So between animals and people we have phlegm and mucous to spare. Luckily, the nasty viruses and germs seem to have subsided for the moment leaving just the echo of coughing, some bruised ribs and hundreds of used tissues.

Meanwhile, I had a guest post on a friend's blog under my own name. Yes, I came out of the closet, so to speak, and wrote about being the mother of a gay son. Maybe I'm ready to come out from behind Zena's metal bustier and show the world who I have evolved into these past 50 years.
Happily farted by Just Zena at 2:41 PM 1 comment:


It was three days into my new job and I'm still trying to learn everything. (There's so FREAKING MUCH to learn and it hurts my brain but I'm trying.) Just when I felt like I was getting a grip on the service desk (where the returns and disgruntled customers go) something unexpected happened.

A man approached the desk and asked to speak to a manager. Now, technically I'm a manager and can handle some of these situations, but since I still don't know shit I asked him what it was about so I could decide if I  needed to call someone else over. This man stood there in his blue "Freedom" T-shirt with an eagle spread across his chest and a big, black gun strapped to his hip and replied, "I'm here to protest your stance on gay marriage."

Well, blow me down. (Not literally, though.) That's the last thing I expected him to say but after taking him all in, I knew exactly which side of the issue he was on. He might as well have had Gayle Ruzika in that holster. Knowing this whole situation was waaaaay out of my depth, I called over another manager. The tiny blonde woman calmly let the man talk, then politely thanked him for sharing his views and watched him walk out the door. The two of us stood in our red shirts and stared at each other for a moment. Then Tiny Blonde Manager said, "I really wanted to tell him I'm going to Pride this weekend."

For the rest of the day I was just in shock that someone would feel the need to CARRY A GUN TO A SMALL, QUIET, SUBURBAN STORE. The only reason I could think of was subtle (or not so subtle) intimidation. Not that he even touched the gun or brought any attention to it, but just the fact of it's bulk hanging there on his side was a threat. He was the fourth man within an hour to come in specifically to share that opinion but he was the only one packing heat. I also felt a growing anger that I couldn't voice MY opinion right back at him. If I hadn't been wearing that damn red shirt that means I'm representing the company, I would have freely given MY opinion. "I won't tell you who your children can marry if you don't tell me who my children can marry. And fuck you."  Or I could just politely invite them to shop across the street at J C Penney. Heh.

A terminal case of khaki ass

A full-time job opportunity cropped up recently at one of my part-time jobs. It involves a healthy pay increase, paid holidays and vacation and full health benefits. Woot! Just what I was looking for! But there is one definite drawback. I have to wear khaki pants. Full-time khaki ass. I have yet to find a pair that don't start bagging and sagging after a few hours and make me look like I'm carrying a lumpy sack of potatoes around behind me.  No matter how long the shirt I wear to cover the spuds, it finds a way to ride up in back and let it all hang out. The inventor of khaki pants is a certified sadist.

Working retail and wearing ugly pants when I'm 50 years old was never a dream of mine. But sometimes life takes unexpected twists and turns for the better. I'm going to make sure this is one of them.
Happily farted by Just Zena at 9:28 AM 4 comments:

There's something about playing those stupid Facebook games that numbs the senses. The click of the mouse becomes soothing as you mindlessly complete game after game. Your brain doesn't have to think about the smelly mess in the kitchen that just keeps getting bigger; the laundry escaping from my daughter's doorway and spilling into the hallway; the bills that I don't know how I'm going to pay; the funny noise the car started making; all that stuff that makes me crazy. Just click, click, click it all into white noise in the background of my brain. Almost as good as booze.

But when I started using my dog's Facebook page (don't mock me, he's adorable and has friends that I don't even have) to feed my hunger for more games, it became a problem. I could waste even more time! Today I considered making a profile for my other dog. I think I just might be an addict. Maybe.
Happily farted by Just Zena at 2:41 PM No comments:

I've been trying to write a serious post about guilt, mothers and Mother's Day but it turned into an incoherent rant about shitty mothers and crappy holidays so I gave up. I went for satire and got another guest post on White and Delightsome. Remember Molly? Well, she's driving Bishop Thurmond to...eat. Heh. I'm not eating doughnuts and other carbs so I might as well write about them.
Happily farted by Just Zena at 8:46 AM 2 comments:

This kid knows me so well...

My eldest son texted me the other day.

Him: Would you like some GinFlowers for Mother's Day?

Me: Can you drink them?

Him: Yes! I've been told the Rangpur Roses are especially lovely this time of year.

So I know I'll be getting one damn good gift for Mother's Day. Too bad I'll be working and won't be able to imbibe. I'm thinking the most epic way to spend that horrid day would be to stay drunk and stoned the entire time, thus ensuring I would have no memory of it the next day. Maybe next year. A mom can dream...
Happily farted by Just Zena at 11:33 AM 2 comments:

Email ThisBlogThis!Share to TwitterShare to FacebookShare to Pinterest
Older Posts Home
Subscribe to: Posts (Atom)
Some people may call what happens at midlife a "crisis", but it's not. It's an unraveling--a time when you feel a desperate pull to live the life you want to live, not the one you are "supposed" to live. The unraveling is a time when you are challenged by the universe to let go of who you think you are supposed to be and embrace who you are.